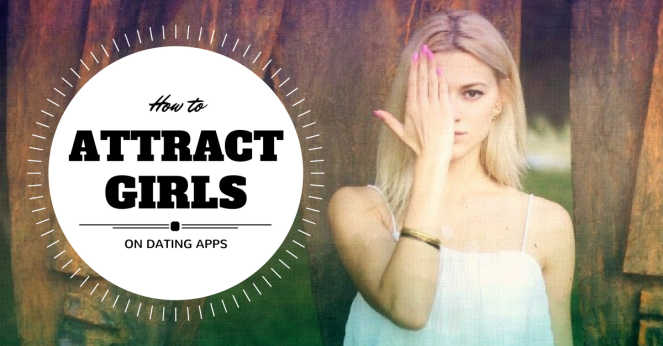 After last week’s rant, it might seem weird that I’m giving online dating tips.  But while I may not be an expert at online dating overall, I’ve at least figured out what I and the other girls I’ve talked to tend to respond to.

It’s tough out there for guys.  Girls are flooded with messages, and getting them to answer yours can be a challenge.  These tips will help you to stand out from the crowd, because even though some of them seem obvious… trust me, they’re not.

1. DO fill out the bio, at least a little

You don’t have to fill out everything, but I know that I’m far more likely to respond to guys who have at least a few things written down.  I especially find myself drawn to bios that are witty (the more self-deprecating, the better), but a classic “this is what I like to do” works too.

If you have an interest that tends to overlap with girls’ interests, don’t be afraid to mention it, even if it’s in a joking way.  This one guy admitted to liking Gilmore Girls, and for some reason, I just loved that.  Another guy said his favorite movie was the Titanic.  I know they do it on purpose, but it totally works.

[Conversely, I always mention my love for The Walking Dead because I know that’s a connecting point with a lot of guys, and if I had the slightest interest in sports, best believe I would have a pic of myself in a jersey.]

2. DO have varied pictures

If you can, have a few photos of yourself doing various things you enjoy.  It helps show that you’re an interesting person.  (And also signals to her that you’re less likely to be a catfisher.)  No shirtless mirror pics if you’re looking for a relationship.  If you really feel compelled to be shirtless, take a picture with friends at the beach or something lol.

I try to break the female stereotype and message first if I’m really interested, but from what I hear, that’s unusual.  So do what you gotta do, I guess.

4. DO send a message relating to her bio or photos

You’re probably sick of girls insisting that you say more than ‘hey,’ but don’t let their entitlement ruin your chances with other girls you might actually like.  “Hey’s” and “How are you’s” are fine, but it’s too easy for the conversation to die out after a few messages, so it really helps to jump right into the meat of a conversation.  Ask where a picture was taken, or what she likes about a certain TV show.

I have mixed feelings about the “starting with a compliment” thing.  It’s flattering, but at the same time, it runs the risk of coming across, well, badly.  A good rule of thumb is to ask yourself whether you’d say those words to her in real life.

5. DO help to keep the conversation going by asking good questions

Obviously this can’t be all one-sided; she has to do her share too.  But you’d be surprised at the number of guys who won’t even answer my questions in more than a few words, let alone ask me anything about myself.  And yet they don’t seem to want the conversation to end, either.  It’s bizarre.

You don’t have to be this great conversationalist to make this work (believe me; I’d know).  People LOVE to talk about themselves, so just ask them questions and try to show a genuine interest in their answers.

6. DO choose the right time to ask her to meet

Don’t wait too long, but also get to know her a little bit first so she knows you’re not creeper.  Most girls I know who online date are hesitant to meet up with a stranger—and yet they’re here, so they’re not entirely closed to the idea.  It’s your job to make her feel safe enough (and interested enough) to say yes.  On the other hand, you don’t want to waste weeks and weeks talking to someone who is never going to go out with you.  I can’t really give you an exact timeline because every girl is different, but do your best to read her cues.

7. DON’T only have pictures of objects or pictures where your face is cut off

It just looks sketchy.  I have a hard time believing that you don’t want to include a picture because your job is highly sensitive or you were stalked in the past or whatever.  Also, don’t wear sunglasses in every single picture.

It’s fine to talk about what you’re looking for in a girl, but when you say it in a harsh way (like saying you don’t want anyone who isn’t physically fit in a rude way), at least for me, it makes me not want to message you, even if I do fit your qualifications.  Actually, it’s better to focus on talking about what you are looking for rather than what you aren’t looking for.  Focusing on the negatives basically tells girls that you’ve had a lot of problematic relationships and is a red flag to us.

Seems pretty self-explanatory.  There must be girls who go for that, right, or why haven’t these guys changed their tactics yet?  But if you’re looking for something real, be a gentleman.  (I’m not going to include screenshots of these messages because they’re awful and why scar you like that?)

Girls: Do you agree with me?  Have I missed some things?

Guys: Who wants to let me creep on your account and help me figure out what women (myself included) are doing wrong for next week? 😉

What I’m listening to: Andy, You’re a Star by The Killers